After visiting Abydos yesterday I had been thinking about Omm Sety, a remarkable lady who lived for almost quarter of a century at her house near Abydos Temple. 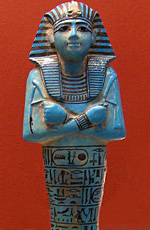 Dorothy Louise Eady was born in London in 1904 and from an early age discovered an affinity for everything ancient Egyptian. Much of her story is described in Jonathan Cott’s book, ‘In Search of Omm Sety’, where he gives her personal reasons for feeling such a kinship with ancient Egypt. According to her own story she fell downstairs at the age of three and was pronounced dead. She revived however and from a vision while she was concussed, came to believe that she had lived in Egypt during the 19th Dynasty. By the time she was in her early teens Dorothy had found a friend and teacher in Sir Wallis Budge, who was then the Keeper of Egyptian Antiquities at the British Museum, a controversial Egyptologist who wrote a great many books on the history, language and ritual of ancient Egypt, still widely read today, though often considered flawed. Wallis Budge taught Dorothy about Egypt and she very quickly mastered hieroglyphs, explaining that she had known the language before and only had to re-remember it. During her teens she had vivid dreams about ancient Egypt and felt that she was visited by Seti I. After WW1 ended and during her adolescent and early adult years Dorothy Eady lived with her parents in Plymouth, becoming a student at Plymouth Art School where she learned to draw, something that would be useful in her later career. At the age of twenty seven Dorothy was again living in London working for an Egyptian public relations magazine when she met her husband-to-be, an Egyptian student named Imam Abdel-Maguid who was a bit of a political activist. This was during the 1930s when Egypt was still under British occupation and the Egyptian nationalist party was working towards independence under the auspices of British rule and the Egyptian constitutional monarchy of King Faud. Imam returned to Egypt and they corresponded for a year before he asked Dorothy to marry him, to which she agreed. In 1933 she booked a boat passage and in great excitement set off for her beloved Egypt, where on her arrival she had a great sense of coming home.

Dorothy, who had been given the name ‘Bulbul’ (nightingale) by her father-in-law, was not suited to wifely domestic routine, which quickly became evident to her husband. They had a son, Sety, but soon Imam and Dorothy began to grow apart and Dorothy continued to have strange dreams and visions in which she was visited by the pharaoh Seti I. She began to write during the night and claimed she was being dictated to by an unknown presence called Hor-Ra who, when she eventually translated and collated her nightly scribblings, had told her the story of her previous life at Abydos during the reign of Seti I and her subsequent relationship with the king. Dorothy and Imam parted and later divorced in 1936. With her young son she went to live at Giza, near the pyramids and soon became the first woman ever to be employed by the Egyptian Antiquities Department, working as a draftsman for Dr Selim Hassan, who she also helped by editing and proofreading parts of his 10-volume work, ‘Excavations at Giza’. Dorothy Eady quickly gained a reputation as a very competent copyist and student of hieroglyphs while researching and honing her skills in archaeology. During this time she also met many of the famous Egyptologists working at Giza. When her son Sety was five years old he went to live with his father and Dorothy was able to give her full attention to her developing career in Egyptology. As well as carrying out editorial work for Dr Selim Hassan and Ahmed Fakhry, she became a prolific writer producing articles and essays in her own name. Perhaps one of her best known works is the book she later wrote in collaboration with her friend Hanny el-Zeini, ‘Abydos: Holy City of Ancient Egypt’ which was published in 1981.

Egypt’s self-rule came in 1948 with the raising of the Egyptian flag in Tahrir Square, which Dorothy Eady celebrated with much emotion. She was well-respected by then as an Egyptologist and an inspiring, fun-loving, if eccentric, friend to many Egyptians. In spite of her claims to have lived a previous life in Abydos as the servant/lover of King Seti, Dorothy never went there until 1952. During her visits there she was even more convinced about her spiritual feelings of a previous existance and in 1956 asked the Egyptian Antiquities Service to transfer her to Abydos. She became known as Omm Sety (Mother of Sety) and remained there for the rest of her life. 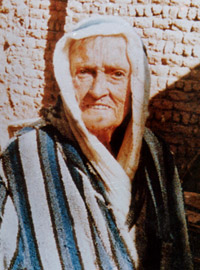 All her life she believed that she had known the temple of Seti I with its beautiful reliefs, even before she first saw it, and many visitors say that her knowledge of the fine scenes was unsurpassable. People began to go to Abydos, not just to see the monuments, but to visit this remarkable legend, Omm Sety, who lived there and she would guide travellers bare-footed around the temple passing on her great knowledge. The temple at Abydos as a sacred shrine became her life and she adhered strictly to the ancient Egyptian calendar, observing the feasts and performing prayers to Osiris on the holy days. She set up a simple mud-brick home in el-Araba el-Madfuna, in the shadow of the temple, with various pets including a succession of cats, a donkey, a goose and an occasional snake. For fifteen years Omm Sety lived happily at Abydos but in the last decade of her life she became ill, suffering first heart attacks and then was crippled with a broken hip. She built a tomb for herself, refusing to be buried either in the Christian or Muslim cemetery, but wanting to be close to those ancient friends where she felt she belonged.

Omm Sety died on 21 April 1981, not long after the completion of a documentary film, ‘Omm Sety and her Egypt’ which was shown on BBC television in May 1981. Sadly, I never met this incredible lady but had known of her long before I first visited Abydos. She is still a myth there and on later visits I have been into her house, now fairly derelict, and visited her grave, even looked through her personal notebooks. It was not permitted for her to be buried in her self-constructed tomb and she now lies in a sad little grave outside the edge of the Muslim cemetery out in the desert. Her grave is marked only by a small pile of stones which are frequently scattered by the wind and desert animals. It is to be hoped that Dorothy Eady / Bulbul Abdel-Meguid / Omm Sety is now among her ‘own people’ as she called them, in the land of Amenti.